WOW, what a story!

It seems that everyday has seen a new revelation.
http://www.theguardian.com/world/2016/apr/07/china-ramps-up-panama-papers-censorship-after-leaders-relatives-named

Greed isn't the exclusive domain of warmongering,capitalist pigs like Gordon Gekko, as news of the Chinese big nobs being tangled up in the Panama papers revelations.

Other than telling us that the uber rich have to worry about holding on to their wealth, the story that keeps on giving highlights the fact that nobody likes paying taxes. And,it's not just those lazy good for nothing Greeks (who threatened the stability of the European Union by defaulting on loans) that were exposed as tax dodgers a few years ago.

No doubt, there is truth in the concept that the rich always get richer while the poor get poorer. And now we know that avoiding taxes is the way to go.

My personal contribution to this scandal is that I don't pay taxes either. That's because I'm too poor and have no income to tax.
Hold on, I still pay GST (goods and services tax) on petrol, consumer goods, council rates, water rates etc etc.
Maybe I should call Mossak Fonseca to discuss this issue. 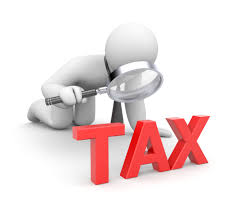