I've often wondered about the silence surrounding Islam when it comes to feminists.
Now I learn of the group known as FEMEN which originated in the Ukraine.
Female university students between 18 and 20 years old formed the backbone of the movement when it was formed in 2008. In Kiev, there are about 300 active participants in the movement. There are few male members of FEMEN The group comprises some 20 topless activists and 300 fully clothed members Most of its demonstrations are staged in Kiev...
(This info from Wikipedia seems dated to 2010)


For such small group of women, I'm surprised to see so much visual material available on the net when a Google search for FEMEN is entered. I wonder how much success they have in influencing public opinion? They certainly make a great visual statement. http://femen.info/category/languages/en/ 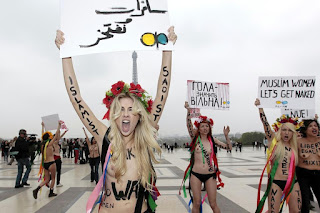 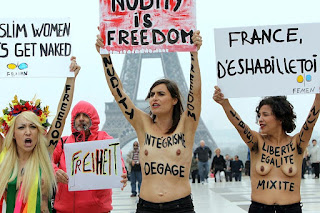 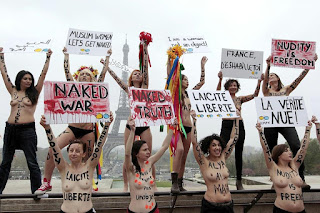 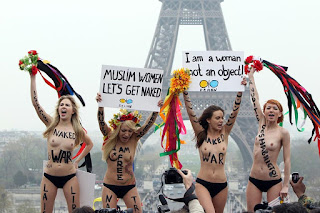 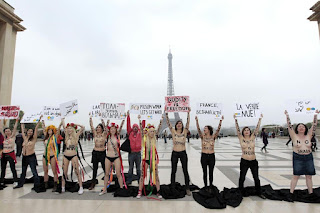 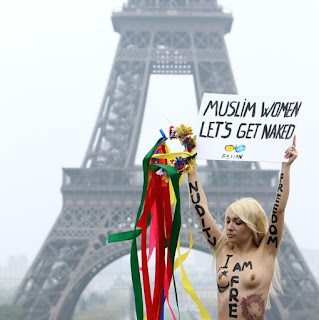 Email ThisBlogThis!Share to TwitterShare to FacebookShare to Pinterest
Labels: Feminism